The Old Arsenal is back!!!!

Posted on September 27, 2015 by irishroverpei 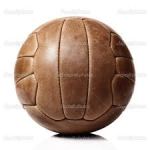 Leicester City’s Premier League unbeaten run ended today at the hands of Arsenal as they defeated the blues 5 – 2. Goals came from a hat trick for Alexis plus singles from Walcott and Giroud. However, this was no walk in the park for the Gunners, Leicester took the game to them and opened the scoring early in the first half. It was end to end excitement, real value for money and exciting entertainment for the fans.  A great game, well done Arsenal you are back in the race while Chelsea wallow at the lower end on the table, only managing a 2-2 draw with Newcastle. The Premiership league is unpredictable!! Man City lost to Spurs 4-1,  for the moment Man U are top of the table, but not for long I suspect.