Is this maybe a Green Wave???

Posted on September 3, 2019 by irishroverpei

more empty promises. The NDP seem to be imploding on themselves, losing members, not to the PCs, not to the Liberals, all to support the Green Party of Canada! Interesting times, changes are coming to Canada’s democratic process. People are fed up with the two old political party’s with their lies and scandals. Their support of big business ,handing out tax payers dollars at will. Money to Loblaws, Quebec Hydro, Bombardier, Irving Corp and so many other huge and rich corporations. 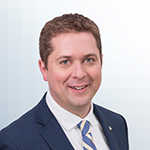 Canadians are looking for real change and the Greens are the only party that offers real change. All the major party’s claim they are changing, but we have heard that time after time. Nevertheless, nothing ever changes, how about the Liberals, anyone know about Trudeau’s track record. How the PC s remember Harper ? it’s believed he is still pulling Sheers strings? This only leaves the Green Party and I know many will say, but they have no experience running a country. My answer to that is this how well have we done with these two apparent experienced party’s? The Green Party is an unknown, but that surely doesn’t mean we must go with a tried and tested liberal/PC government. Take a serious look at their record to date, the homeless, doctor shortages, ever rising taxes, empty promises, resistance to electoral reform. No one needs me to point

out all the many scandals, failed projects, pipe lines, indigenous peoples, Jane Philpot, JWR. It’s all there in front of voters. God Bless and Keep reading.

Author of "Lily & Me", "The Royal Navy & Me" and Chapter XXl Armageddon. Writer, blogger and RN Submariner, antique automobile enthusiast.
View all posts by irishroverpei →
This entry was posted in family, politics, Prince Edward Island, veterans. Bookmark the permalink.